RECENT ADVANCES IN NEONATAL MEDICINE was originally scheduled for April 2020, however, due to the SARS-CoV2 pandemic we had to postpone the IXth edition to October 2021.
In the year 1996, I organized the first symposium in Tübingen, Germany and subsequent symposia in Würzburg at three-yearly intervals. My initial idea was to bring the most prominent international neonatologists and scientists as well as practicing clinicians from all parts of the world together and to critically define up to date knowledge in neonatal medicine and to identify gaps in basic and clinical research; this concept has become reality.
By now, RECENT ADVANCES IN NEONATAL MEDICINE is one of the most respected and largest scientific and educational conferences outside the United States of America. Certainly, it’s success does not only depend on the selection of relevant topics but also on extremely dedicated speakers and chairmen who share their tremendous expertise and knowledge with a highly perceptive and sophisticated audience during workshops, poster walks, the symposium and the multiple breaks. 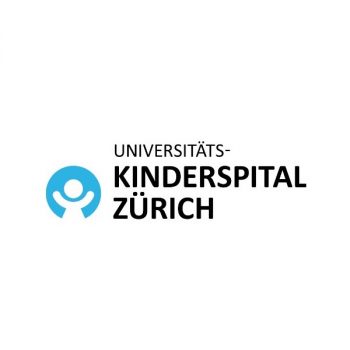 University Children’s Hospital Zurich
Child and adolescent medicine
​The University Children's Hospital Zurich is one of the leading treatment and research centers for child and adolescent medicine in Europe. As the largest academic pediatric hospital inSwitzerland, we cover the entire range of pediatrics and pediatric surgery: from newborns to young adults, from bone fractures to rare genetic metabolic diseases.
Related Events
You might also love these events.

Winship Gastrointestinal Cancer Virtual Symposium
This virtual symposium will have expert review of the latest procedures, technology and medical treatments for GI cancer patients. National guidelines will be reviewed. Emphasis will be on multi-disciplinary care, novel new drugs that have been recently FDA-approved, and upcoming clinical...
Past Event

Hellenic Symposium on Medicinal Chemistry
It continues the tradition of biannual meetings established since 35 years in Greece as a forum for the discussion of recent advances in medicinal chemistry. The topics include drug design and lead identification and optimization, protein-protein interactions and protein degradation, ADME/Tox...
Past Event

Precision In Clinical Trials Virtual Summit (West Coast)
Join us at PCT West Coast for a two-day journey into the insightful world of clinical trials. You’ll connect with an incredible gathering of experts and uncover practical advice from industry-leading researchers, peers and executives. Get ready for an event designed...
Past Event