This year’s conference is aimed at providing legal practitioners with a comprehensive update on the most recent developments and hot topics in the field of European State aid law. Special attention will be paid to the latest case law of the Court of Justice of the EU and the enforcement priorities and policy initiatives of the European Commission. 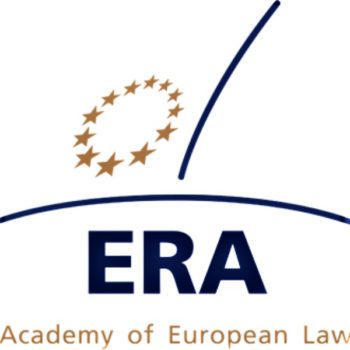 ERA Academy of European Law
1. Building & Construction 2. Electric & Electronics 3. Agriculture & Forestry 4. Medical & Pharma 5. Industrial Engineering 6. Science & Research 7. Business Services 8. Education & Training
In March 1992, the Academy of European Law was established in Trier. It was born out of the rapid pace of European integration in the late 1980s and early 1990s. The Single European Act of 1986 and the Maastricht Treaty of 1992 expanded the scope of European legislation to unprecedented levels. Lawyers, judges, and other legal practitioners at all levels and in almost all fields of law, it was clear, would require regular training and a forum for debate in order to stay current with the latest developments. The European Parliament recommended to the Commission in 1990 that it invest in a centre for continuing legal education to improve the application of European law. Meanwhile, Peter Caesar, the Minister of Justice of the German Land of Rhineland-Palatinate, was working on proposals for a European Law Academy to be established in Trier with Horst Langes and Willi Rothley, members of the European Parliament from the same region. In a report drafted by Dutch MEP James Janssen van Raay, the European Parliament endorsed these proposals in 1991. To bring the idea to life, the Association for the Promotion of the Academy of European Law was founded.
Related Events
You might also love these events.

New England Regional Turfgrass Foundation Conference
The foundation surpassed $2.5 million in funding since 1998! Our 26th Annual Conference and Show scheduled dates are March 7-9, 2023. We look forward to bringing back Turf Management to the Rhode Island Convention Center in March of 2023!
Upcoming